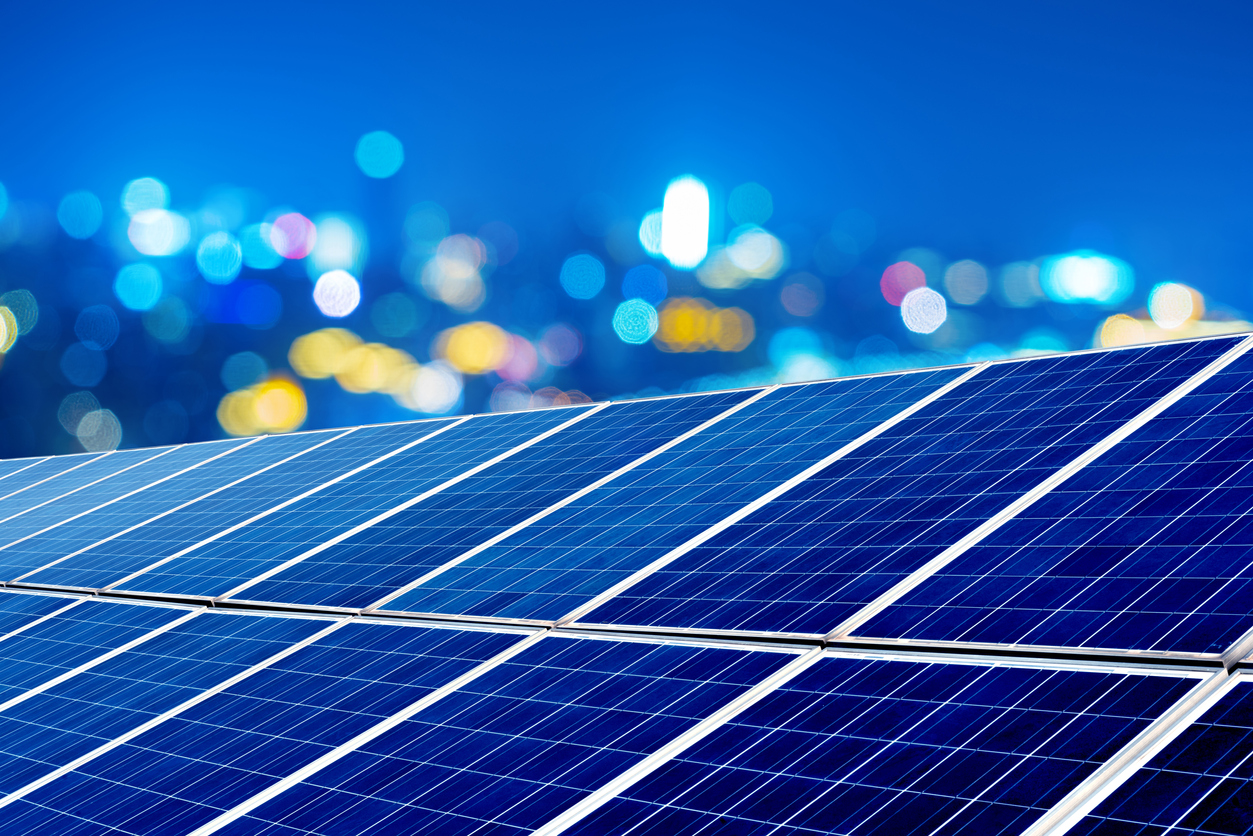 Solar energy’s universal benefits have gained its support from even the most diametrically opposed groups: farmers join people living in big cities who want to reduce emissions in rural areas whose solar panels save them thousands of dollars every year. There is a place for solar energy in every community in Minnesota, and local governments are taking notice.

A City with Impressive Solar Goals

The City of St. Cloud made sustainability a city-wide goal in 2015 when it pledged to be powered by 80 percent renewable energy by 2018. Since then, the city has completed several solar energy projects with the help of Cedar Creek Energy, including installing solar arrays on its wastewater treatment facility, maintenance building, library, aquatics center, fire station, and more.

One of the most triumphant projects is the solar array we installed on the city’s water treatment facility. St. Cloud’s drinking water treatment plant was one of the city’s biggest energy drains, so local officials hoped that utilizing solar energy at the plant would offset these energy needs through the use of renewable energy. Their plan certainly paid off; the panels will save over 600,000 lbs of CO2 emissions each year.

St. Cloud’s efforts have not gone unnoticed. Its clean energy initiative has been featured in the local paper, and residents and businesses have begun to follow the city’s lead by installing their own solar panels. The effects of the solar boom in St. Cloud could have positive ramifications for the city and the state of Minnesota for decades.

The City of Brooklyn Park didn’t set out to create the largest solar project for a Minnesota city when they hired Cedar Creek Energy. City employees simply understood the financial and environmental merits of solar energy in Minnesota. The city wanted to demonstrate its commitment to sustainability (a value shared by many Brooklyn Park residents), and officials were looking forward to lower energy bills and more energy freedom.

Cedar Creek Energy worked with the City of Brooklyn Park to install solar arrays on multiple municipal buildings throughout the city. We installed over 6,000 panels across several city facilities for a savings of more than $5.5 million in the next 20 years. Daniel Ruiz, Brooklyn Park director of operations and maintenance, was blown away by the amount of power produced by the city’s panels. “The power output is 1.8 megawatts at any given time, so the total system that we have in place is equivalent to generating the power to 200 households,” Ruiz said. “It will generate enough power between this and the solar gardens we subscribe to for 100% of the city facilities’ power needs.”

Some would say the best part of this project is that it won’t cost taxpayers a dime. This project was completely funded by a Minnesota solar grant, federal tax credits and a third-party investor called Standard Solar.

Cedar Creek Energy is proud to have worked with the City of St. Cloud, the City of Brooklyn Park, and other local municipalities to create sustainable energy systems to power their facilities. If you’re considering solar in a MN city or municipality, let’s connect to discuss your options. We offer free consultations, including an energy audit that will allow us to estimate the size and type of solar energy system you’ll need for your city. We can be reached at (763) 432-5261.